FORTY years since the premier of the Peter Weir film, it’s time for Australians to realise that Picnic at Hanging Rock has kept us completely fooled for five decades.

This evocative screen mystery burst into our consciousness the same spring that the constitutional crisis of the last months of the Whitlam government left Australians in an altered state.

“Australian cinema’s ‘new wave’ success story rose on the back of a terrible cultural lie.”

The original novel by Joan Lindsay was similarly about the impact of sudden change. When three schoolgirls and a governess do not return from a commonplace picnic at a local beauty spot in 1900, the mechanics of shock and denial challenge the very foundation of knowledge.

As French governess Mademoiselle de Poitiers farewells four of her charges wanting to explore the base of Hanging Rock, seeing Miranda turn away, she asserts: “Now I know”. The only one who hears is mathematics teacher Greta McGraw, who replies: “What do you know?”

Mlle de Poitiers is happy to believe she has seen an angel by an old master, although Miss McGraw appears to have her eye on something far more attractive.

Minutes earlier, this rational, scientific 45-year-old noticed her watch, like everyone else’s, had stopped, right on midday. The picnickers are suddenly, and literally, out of time.

This fictitious pre-Federation mystery perfectly captures modern Australia’s struggle to form an identity, because the answer to what drew Miss McGraw to follow the girls up the rock that timeless afternoon was always there, it’s just that others decided we were not prepared for it.

A real-life disappearance occurred at another famous rock and challenged Australian identity all over again, when, on the night of August 17, 1980, baby Azaria Chamberlain was taken from her tent by a dingo at a campground near the base of Uluru – at that time known by its European name Ayer’s Rock. 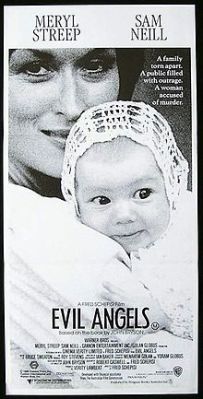 It did not take long for the majority of Australians to decide this event was nothing more than a fanciful story, sprung from the imagination of Lindy, Azaria’s mother, who was jailed for life for her daughter’s murder.

We were far more willing to cry murder than countenance the reality of predators in our landscape.

We could barely look at the Evil Angels, whereas the romantic never-to-return ‘angels’ of Picnic at Hanging Rock we took to our hearts; but Australian cinema’s ‘new wave’ success story rose on the back of a terrible cultural lie.

Joan Lindsay complained of endless fan mail asking whether her story was based on fact, although I call her annoyance a dodge, because she brought all the attention on herself as soon as she allowed her publishers to lop off the last chapter of Picnic at Hanging Rock before it was published in 1967.

But her original Chapter Eighteen survived the butchering of editors: she entrusted it to her literary agent John Taylor in 1972, with strict instructions to publish it after her death.

This he did in 1987, by which time a cult had grown around Lindsay’s ruse. The twelve pages of Chapter Eighteen published in the booklet The Secret of Hanging Rock were framed by tongue-in-cheek essays by Taylor (claiming that Lindsay’s solution was “unfilmable”) and Yvonne Rousseau, a writer who’d spent years sleuthing Lindsay’s oeuvre.

Despite the attention Lindsay’s ‘solution’ received, it was not enough to challenge the trajectory of the film’s success. A director’s cut was released theatrically and on DVD, including a documentary in which not a single mention was made of Lindsay’s Chapter Eighteen.

“They were happy to escape a life of corseting, cosseting and control.”

Her long-concealed dénouement quite matter-of-factly revealed the missing schoolgirls and their governess had undergone the kind of transformation common in Classical legends, although Lindsay had created a credible bridge between European myth and Aboriginal Dreaming.

Other writers had attempted this earlier. Arguably the most famous was the fake Aboriginal Legend of the Three Sisters, the story of three Aboriginal women transformed into the famous rock formation by their ‘witchdoctor’ father, written by Sydney schoolgirl Patricia Stone in the 1930s and subsequently sold by Katoomba’s tourist industry as genuine Aboriginal legend.

But Joan Lindsay avoided cultural appropriation. Instead, she allowed her large cast of European women to be themselves appropriated by a Dreaming entirely appropriate for an Australian story.

Picnic at Hanging Rock screenwriter Cliff Green identified one of the major themes in Lindsay’s story as child abuse, and once the women do not return, the checks and balances of a ‘proper’ education gradually do reveal the physical and emotional weaponry of British headmistress Mrs Appleyard.

The missing schoolgirls and their governess, then, were not victims of crime or whisked away unwillingly. They were happy to escape a life of corseting, cosseting and control.

“I can hardly wait,” star maths student Marion Quade says in Chapter Eighteen, anticipating her chance to shuffle off the twentieth century and follow her transformed maths teacher Miss McGraw “without a backward glance”.

Marion’s escape route comes straight out of 1960s notions of Aboriginal Dreaming, atmosphere that undoubtedly challenged the original publishers into such a severe deletion. Far more preferable for daughters of the Empire to disappear into thin air than be seen to delight in a spiritual transition well-known by the nation’s first people.

The edit allowed Joan Lindsay’s fact-fiction flim-flam to become the focus of the book and film’s success, and even though all along she knew she’d not written a mysterious disappearance, she played her part very well by suggesting the audience decide what was true and what wasn’t.

Fans and detractors rushed to pore over the archives and trample across Hanging Rock, well off the scent of a simple look into Lindsay’s education at a Melbourne ladies’ boarding school.

It was Terence O’Neill in a 2009 La Trobe Journal essay Joan Lindsay: A time for everything who proposed that Lindsay can hardly have been unaware of her alma mater’s move from Melbourne to Woodend, close to Hanging Rock, in 1919, after her graduation; and, far more interestingly, the account in the school magazine of a Miss McGraw, teacher at the school in Lindsay’s time, who led the twilight expedition to Hanging Rock that inspired forty years of annual picnics and the telling of ghost stories on the way home.

It’s also enlightening to analyse the corporal punishments Lindsay portrayed in detail – those that inspire adolescent fantasies about escaping the control of disciplinary adult paradigms – when seeking the real seeds of Picnic at Hanging Rock.

Missing corsets and stockings, a maths governess seen climbing Hanging Rock availed of her skirt, and the discovery of one of the missing girls, are all clues in both book and film, but they remain the worst kind of red herrings without Chapter Eighteen.

Another red herring is the sound of Pan pipes played by Gheorghe Zamfi on the soundtrack, evoking the old Greco-Roman gods of different land altogether.

It’s probably un-Australian of me, but I call for a remake.

Pan pipes would easily be replaced by a well-known Aboriginal wind instrument; and doubtless there is much to learn from the Wurundjeri nation, traditional owners of Hanging Rock, the rock formation they were dispossessed of in the 1840s.

Joan Lindsay’s literary stock-in-trade was time. I can’t imagine her not approving of a reappearance of Miranda, Marion and Miss McGraw in an episode of Doctor Who, or at least a mash-up adaptation like Pride and Prejudice and Zombies.

The Northern Territory legal system took thirty years to come to terms with the facts about the dingoes that preyed on Azaria Chamberlain. Surely in that time we have grown enough to cope with Aboriginal Dreaming in one of our greatest novels? 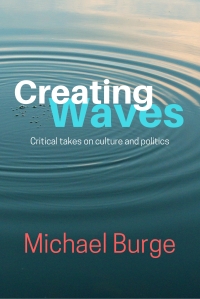 As Gough Whitlam famously affirmed in 1972, ushering in the government that would transform the lifeless Australian film industry, led by Lindsay’s big-screen icon: “It’s time”.