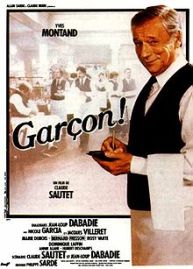 THERE isn’t much to write about waitering that hasn’t already been covered brilliantly by Steve Dublanica in his blog and book Waiter Rant, but if I might add my own perspective…

I waitered throughout the first four of my five tertiary education years. During that time I wasn’t eligible for government support or scholarships. One of my parents couldn’t assist in supporting me financially, while the other one just wouldn’t.

A bad lot? Not really, but with six 12-hour days of coursework, there wasn’t much time left for earning an income to cover the costs of leaving home.

Coffee making wasn’t the exact and particular science fretted over by millions every morning across the world these days. A caffè latte had no froth (or coffee art on top), just plenty of hot milk. Soy milk was a gluggy, grey substance which you wouldn’t want to drink with coffee. Baby-cinos were just the sparkle in someone’s eye.

There was also a new bread on the scene: Focaccia. I fondly remember the year when diners couldn’t say the word. “Fossa-see-a”, “Fark-arr-chee”, and “Fock-akki” are three of my favourite mis-pronunciations of the Italian flatbread that was being filled and toasted like it was going out of style.

Yet the differences in cuisine back then did not mean people were less demanding. Not in the least.

Every eating destination has its regulars, ready to pounce at the slightest change in serving size or ingredient. I got to know a few people like this in my waitering years, the kind who’d make your teeth gnash, the kind you’d like to suggest just go to the nearest supermarket and spend $10 on ingredients, go home, and make their own damned meal for once.

But my real hatred was birthed by those I’ll call the food pedants, those for whom nothing is ever good enough. “Please ask the chef to…”, or “my coffee is not hot enough”, “can I use my own tea bag?”, “I’m only paying for half the coffee because I only drank half”, and all manner of pinickerty requests. The kind of people who don’t know they’re alive unless they’re getting someone else to do something for them.

Such folk were a great source of inspiration for a story I called A Waiter’s Revenge Tragedy, one which I formulated in my left brain in order to escape the piles of washing-up along the floor and down the stairs, because there was no dishwasher and only one small sink in that particular establishment.

In this never-written story, a Waiter was pushed so far by a difficult customer that he plotted the man’s death in an elaborate and long-term strategy, culminating in what appeared to be suicide, after the customer’s attempts to get his way became so extreme that he faked a bout of food poisoning. Of course, the noble waiter would also need to perish at the end of the story to make it a true ‘tragedy’.

It was convoluted, sure, but planning this magnum opus brought me great delight. Each new encounter with a food pedant fed the story arc, until I’d made myself immune to them through the sheer delight of encountering more material.

Perhaps other people just switch off under these circumstances, but not this writer. Imaginary revenge was simply too delicious. A Waiter is only one letter away from being a Writer anyway.

The best part about being a waiter was working for a supportive boss. My last café manager was an ex-boxer who once removed a complainer through the front door by the scruff of his neck and the seat of his pants for querying the bill. He always said he’d support his staff against any customer complaint, even if we were in the wrong. The result? Excellent staff who did their job with energy and without fail. These days, that boss would probably end up in jail.

I now share meals with plenty of hospitality workers, and the stories they come out with would curl your toes. All I would advise readers is this:  respect your waiter, and never be a pedant. If you ignore this simple advice, you’ll never be able to trust anyone serving you…

2 thoughts on “A waiter’s revenge tragedy”