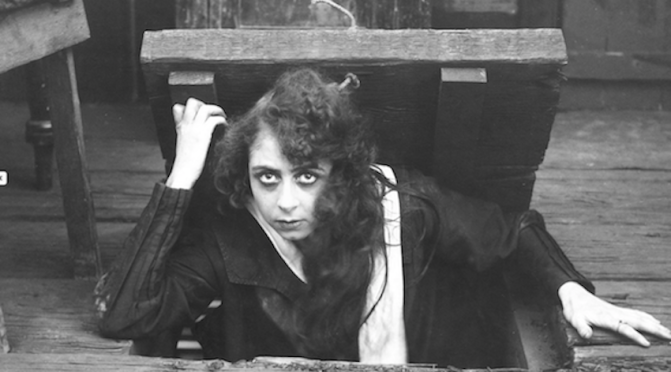 A Writer explores an untimely death.

LIVING in Australia’s Blue Mountains, it’s hard to ignore one tragic element of the locality’s heritage – the tuberculosis epidemic.

Situated at almost 1000 metres above sea level, the area spawned an industry of public and private sanatoria for countless people who retreated from Sydney in an attempt to recover from this infectious disease in the years before antibiotics provided an effective cure.

Previously unexplored insights into the tale of one tuberculosis patient who convalesced in the Blue Mountains – Australia’s great silent film actress Lottie Lyell – formed part of this feature about her story, published in Blue Mountains Life in 2011.

Widely regarded as Australia’s first international film actor, Lottie Lyell had been a star for a decade by the time The Picture Show of February 1921 revealed she was recovering from “A serious illness”, but that she would: “… appear on the screen again.”

Convalescing in the Blue Mountains in the same month, Lottie had a very good reason for keeping the true nature of her condition from the press.

Since her 1890 birth in the working class suburb of Balmain, Lottie had been in the path of one of the most serious illnesses of her age – tuberculosis (TB).

The tuberculosis industry of the Blue Mountains is the subject of two new books which shed light on how TB defined family fortunes and caused social stigma.

When considering the case of Lottie’s family, author Dr. Brian Craven says that on the basis of her sister Rita’s death of TB in 1911, they would have been “In serious trouble”. Due to TB’s chronic nature, Brian suggests Rita might have carried infectious TB bacteria for a considerable period of time.

“In a community where TB was rife, you could get it from anywhere,” Brian outlines, explaining how Balmain’s colliery would have added to the risk of contracting the disease. “One group who got TB was coal miners of any sort. Once you got silicosis, your lungs were stuffed up and it was very easy for TB to take over.” 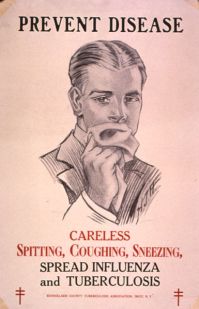 Brian proposes that since Lottie’s father Joseph Cox was a real estate agent, collecting rents in a close-knit community, he would have been in regular proximity to TB sufferers.

Valerie Craven (research assistant to her husband Brian) explains why many sufferers kept their illness a secret – “TB was socially unacceptable in the sense that it was considered something the underprivileged got. If the family was poor, they usually couldn’t afford to do anything about it.”

Her meeting with Raymond Longford has become the stuff of legend. They were colleagues in the 1909 theatrical tour of An Englishman’s Home in which Lottie played his daughter, despite being only 12 years his junior.

Longford and Lyell probably began their relationship then. He was a married father, but divorce was not an option.

The stage careers of both actors dwindled once they embraced the opportunity and innovation of film production. Longford acted in and directed movies from 1911, creating a spectacular lead role for Lottie with The Romantic Story of Margaret Catchpole in the same year.

“For picture work you must be pretty good at all sorts of athletic sports,” Lottie recounted of the shoot to The Theatre magazine. “I had, in the depth of winter to jump into the water from a cliff thirty feet high, and then swim some distance out of range of the camera … handicapped by old period, masculine attire.”

The movie was praised for its unique Australian qualities, and its home-grown production team.

The deaths of Lottie’s sister and father at the time her screen career took off must have had a tempering effect on a close family who accepted Lottie’s unorthodox lifestyle.

The survivors moved by 1913 to Sydney’s Eastern Suburbs, where Longford moved in with Lottie and her mother. The relocation suggests an attempt to escape the risks of TB in Balmain.

Lyell and Longford worked together on a string of films over the next decade. Their greatest surviving collaboration was The Sentimental Bloke, released in 1919.

Based on C.J Dennis’ best-selling poem, directed by Raymond and filmed on the streets of Sydney’s dockside Woolloomooloo, the film tells the romantic comedy of Bill, a larrikin who falls for Doreen, a working class girl (played by Lottie).

The movie set box office records in Australia and was distributed in Britain, New Zealand and the United States.

Lottie must surely have been Raymond’s choice for a lead role in his next production, an adaptation of Steele Rudd’s Dad & Dave comedy On Our Selection (1920). But she didn’t appear before the camera, she co-wrote the screenplay. The explanation given was her “serious illness”.

Brian Craven’s book reveals that symptoms of TB meant compulsory notification to health authorities in NSW at this time. The persistent cough, and the coughing-up of blood, would have been very hard for Lottie to conceal.

“You were never cured of TB,” Brian outlines. “The disease was only arrested, encapsulated in the lungs. Life was not too hard. Rest and good food, the removal of worry, light duties. These were important factors in your survival.”

“If you were a poor person you had to wait, wait and wait on someone’s death to obtain a place in a TB asylum,” Valerie adds.

There is little doubt Lottie convalesced in a private hospital – an option providing more anonymity to those who could afford it. A telegram from the Melbourne premiere of On Our Selection in February 1920 was sent to Lottie at a private address in Katoomba.

Far from the favourable response to Lottie’s newest movies (including her reprisal as Doreen in Ginger Mick), she seems not to have dwelt on what TB kept her from. Instead, what happened next suggests Lottie saw great possibilities in being holed up in Katoomba.

While convalescing throughout 1920, Lottie probably adapted her next screenplay The Blue Mountains Mystery from a novel (The Mount Marunga Mystery by Harrison Owen). Raymond and Lottie directed it together in 1921.

The Cravens explain that TB sufferers were advised to recover at a high altitude, allowing less atmospheric pressure to work on their lungs. It might have been for this reason that the movie wasn’t shot at a studio in Sydney, but entirely on location one thousand metres above sea level at Katoomba. The Blue Mountains were a stand-in for Harrison’s fictitious rural setting.

Key scenes for the murder mystery were filmed at the Carrington Hotel, including the iconic ballroom. Production stills show the studio-like scale of the rooms, allowing heavy-duty film lighting and a sizeable crew.

Lottie’s appearance in these stills show a healthy-looking woman very much at the heart of the action. One journalist (writing in The Picture Show) pondered why she was co-directing and not acting.”I love the acting,” Lottie said, “but I was too interested in the directing work to get in front of the cameras myself.”

Despite her condition, Lottie was not pessimistic about her chances. “Ten years I have been in pictures … and I hope to be always connected to them in some way or another”. An admission of the need to slow down, or the desire to embrace her skills as a writer-director?

Production remained at high altitude in the Megalong Valley for the filming of Rudd’s New Selection. Lottie played Nell Garvin, working stunts for the camera on horseback.

There was a saying about surviving TB – “If you can sit down don’t stand. If you can lie down don’t sit.” Brian Craven agrees – “If you didn’t do anything stressful, then you could recover, otherwise, you’d go down with the symptoms.”

Lottie explained what horseback stunts required for her earlier role as Margaret Catchpole – “It is not simply a matter of sitting a trot or a canter … I have often had to take a three feet hurdle.”

Her return to acting took its toll. Stills from Rudd’s New Selection show her appearance had dramatically worsened.

The Cox family’s 1921 move to Roseville on the bushy outskirts of Sydney suggests another attempt to accommodate Lottie in a place better suited to worsening TB.

Far from avoiding stress, she and Longford embarked on an ambitious business plan with the Longford-Lyell Picture company, for which Lottie wrote more screenplays and acted in The Dinkum Bloke (1923). There were no stunts this time, only the supporting role of Nell Garvin, for which Lottie played a deathbed scene.

Life imitated art two years later. Only months after her younger sister Linda succumbed to TB, Lottie also died in December 1925. Her death certificate revealed she suffered from pulmonary and laryngeal tuberculosis. She was 35.

Tragically, Longford’s divorce was finally granted just weeks later. Lottie had appointed him her executor and primary benefactor. His later career never re-captured the prolific years of collaboration with Lottie, and over three decades later he was buried beside her.

Lottie Lyell defined the roles of women in Australia’s film industry very early – as actors, but also as writers, directors and producers. She was one example amongst thousands of TB sufferers who convalesced in the Blue Mountains, but did not allow chronic illness to define them.

Photo Play Artiste by Marilyn Dooley.
The Shoulders of Giants by Dr. Brian Craven.
The Healing Mountains by Gwen Silvey.