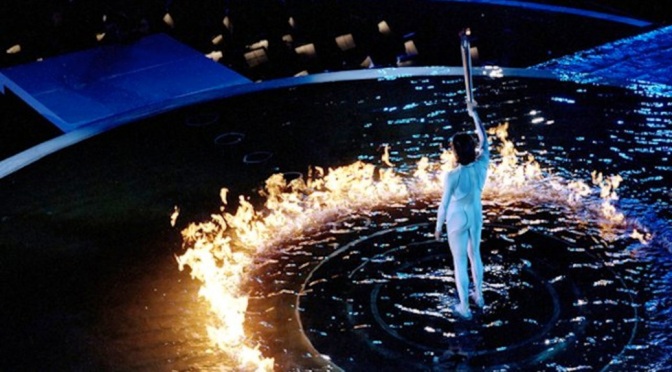 A Writer on how the story often gets told regardless.

THE world will be watching Brisbane, Queensland, for the upcoming G20 economic summit in the city. For a few weeks, if they’re savvy, international media (and social media) will be capturing stories straight from the heart of the Australian state named for Queen Victoria.

The last time this heightened media attention occurred was the focus on Russia’s gay and lesbian rights track record in the lead-up to February’s Sochi 2014 winter Olympics opening ceremony.

“Once the disenfranchised have a name, they can never remain a blind spot, even for an entire nation.”

At that time, equality advocates in Australia really had nothing to crow about.

When the same inquiring analysis cast its eye over Australia’s human rights standards at the Sydney summer Olympics in 2000, we were found wanting, and I don’t believe we’ve ever really recovered.

International press attention found the majority of Australians ignorant when it came to knowledge of Aboriginal culture and politics, and with Aboriginal athletes and performers taking centre stage at the world’s largest sports carnival, there really was no excuse for us to have so little idea about even the basics.

Fourteen years ago, I doubt most Australians could name the traditional Aboriginal nation in which they resided. I thought I did, until I realised I was living right at the junction of at least six of them.

I learned this not from my formal education, but from maps exhibited at Australia’s interpretive show for the world about the history of this land, once considered a ‘new’ world by European explorers, but in reality an island continent inhabited by the oldest established culture on earth.

These days, the names of Aboriginal nations are commonplace. The issue doesn’t stop there, of course, but once the disenfranchised have a name, they can never remain a blind spot, even for an entire nation.

In time, I believe an observable change in Aboriginal equality will stem from the year of the Sydney Olympics, because after the world witnessed the human face of our country, Australians had no more excuses for ignorance.

During the penultimate moments of the Olympic flame lighting, a technical glitch caused the rising movement of the cauldron structure to malfunction. It was supposed to rise around Kuku Yalanji and Birri Gubba woman of Far North Queensland, and international athlete, Cathy Freeman.

The four-minute pause allowed the world to take a longer-than-planned look at a living, breathing, self-defining Aboriginal Australian woman. Australians were in the box seat for the viewing – we probably needed to witness it more than anyone – and with the technical fault’s tinge of embarrassment, the reality of Cathy Freeman can never be extricated from the moment.

Australians should consider ourselves lucky we got off very lightly compared to other Olympic human rights controversies, and we should not point the finger so quickly at others. If we do, we’re forgetting the sting of the Olympic human rights flame as it shone the light on us.

It will be interesting to see if the cream of international political conservatism is allowed to learn anything while they’re staying in Turrbal country in the place known as Meanjin since long before it was renamed Brisbane by European settlers.

Early signs from the G20 are not promising, after billboards promoting action on climate change were banned by the Brisbane Airport Corporation, and Aboriginal offices have been forcibly closed by Brisbane City Council without adequate explanation.

We can only hope for a technical glitch to get the real story to the world.

2 thoughts on “Surviving the heat while the world’s watching”