A writer’s review of Stephanie Bishop’s The Other Side of the World.

I CALL them ‘weather stories’, books in which the protagonists are anaesthetised by the attention they pay to the elements in endless cycles of sun and rain and the sensations of water, leaves, dust and wind; and this intriguing novel qualifies. 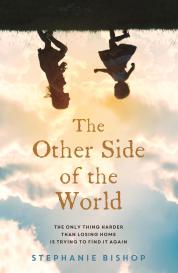 Locked in the inevitability of marriage and parenthood in the 1960s, Charlotte and Henry play out the drama of migration and separation between England and Australia.

One nation is predictably damp, the other is advertised as – and turns out to be – dry. One spouse is capable of seeming sure about the family journey, the other is troubled by being placed in that dilemma, so the author has them take up weather watching instead of communicating.

The dynamic raises plenty of questions: How long have they existed this way? Was it their parenthood, their different homelands and cultures, their careers or their entire generation that brought on the angst?

In exploring what she reveals in the acknowledgements as her grandparents’ story, Stephanie Bishop has either cleverly created a couple whose thought processes are so similar that even their inner voices are the same, or she’s failed readers significantly by making them so.

The result is two characters so frustratingly parallel that if they’d only talk to one another instead of watching the skies and the foliage, there’d be a sense of belonging that they seem to seek… and probably nothing more than a happy tale of life in an English cottage.

“She casts her mind and her voice back into her ancestry and reads the conditions.”

There is a scene in that place – the breakage of a precious object not long before the family departs for Australia – that I found comical and familiar enough to engage me, yet so poignant as to be painful. I felt in solid writerly hands here (there were no passages on the weather, for once, but great insights into the way families fit into houses), yet the solidity quickly vanished and we landed back in more abstract meteorological territory.

Similarly, when Bishop places Henry unexpectedly in his homeland, the descriptions of the places, the walls, the fabric, the people – not the weather – evoke a sense of chosen permanence that is engaging and insightful.

In a less page-turning way as Tim Winton’s The Riders, but every bit as inexplicably, Bishop avoids a story with easy and clear resolutions. Sometimes this is frustrating, but I was left with the sense that Bishop’s family has no explanation for their real-life, enduring mystery.

There are great stories to be told in this space, but they need more solidity and less abstraction to engage readers who want to see connections.

Bishop’s novel is set in the 1960s, but apart from the absence of mobile phones and computer games as a means to placate needy kids, there is almost nothing that places the characters in their time. Henry and Charlotte seem removed from time altogether.

Except Charlotte’s reality, as several members of the book club I read with were swift to point out: a married mother in 1960s Australia had little respite from her children’s demands.

This was perhaps another intention of the writer, but it’s this time disconnect that has led many readers to question Charlotte’s choices – she seems to exist in a more modern period where she has options, whereas Bishop has attempted to portray a woman who is challenged by motherhood at a time when that struggle was deeply misunderstood and seen as a complete aberration.

This book reminded me of my own family mysteries, also wrapped up in motherhood, loss, pain and migration. I kept reading because I felt there might be insights for me, but apart from the sense that children eventually grow up to realise our parents are human, not all-knowing and capable of protecting us from anything, Bishop doesn’t unravel the knot.

She casts her mind and her voice back into her ancestry and reads the conditions. When she finds little detail, she looks to the skies, and the prevailing weather makes for a cloudier story than it needed to be.