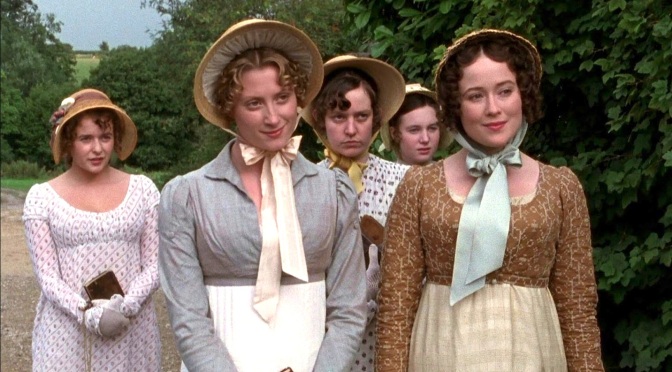 A Writer’s fascination with an incredible journey.

ONE of Australia’s pioneering settler families – the Pitts – have occupied much of my research and writing for the past two decades.

The primary feature of their story remains the incredible journey taken by matriarch Mary Pitt (née Matcham) who, with her five children, embarked from Portsmouth in England and sailed to the other side of the world in 1801.

Mary’s descendants (and many others) have speculated about the driving forces behind the journey ever since.

Inspired by Germaine Greer’s enlightening life of Ann Hathaway in Shakespeare’s Wife (in which factual possibilities are explored in lieu of primary evidence on a woman who has become relatively ‘invisible’ to history); and with the help of a group of Mary’s great great great great granddaughters (all of them excellent researchers and writers), I eventually got the opportunity to publish a feature article on Mary’s story in the April-May 2010 edition of Blue Mountains Life Magazine (Vintage Press).

Altering the plot of Pride and Prejudice by one degree would expose prospects for Georgian women which Jane Austen might never have contemplated. If she’d killed off Mr Bennet in the feared duel over his daughter Lydia’s elopement, his women might have landed in the same boat as early Australian settlers Mary Pitt and her five children, on a factual voyage from Dorset to New South Wales in 1801.

“With her heightened concerns, Mary Pitt even seems like a real-life Mrs. Bennet.”

According to family myth, the death of husband Robert Pitt (a shopkeeper) left Mary in ‘reduced circumstances’ and reliant on her cousin George Matcham, brother-in-law to naval hero Lord Nelson. Their connection brought about a seafaring solution to Mary’s imminent poverty.

Mary wrote to George from onboard the Canada moored at Portsmouth – “May 31 1801 Good Sir We came on board yesterday my situation here is very bad … God knows my heart I would rather fall into the hands of a merciful Creator or to suffer any poverty by his grace to restrain me from falling into the hands of wicked people”.

George had worked for the East India Company and knew the shortage of women in the colony made Mary’s daughters (Susannah, Lucy, Jemima and Esther) a precious currency in a land yet to have its own coin economy. “Have as much patience as possible until the voyage is over,” he wrote, “and then comforts will crowd upon you”.

But Mary was not satisfied about threats to her family’s gentility – “at first the ships crew were continually (sic) passing by to the stores and the surgeons room close by us which I complained of to Captain Patton as being a very unfit place for women …” she related, adding “since there is some alterations”.

The first Pitt family reunion has seen much sorting of historical evidence from family myths, myths that give depth to the lives of the Pitt women but require evidence to be taken seriously as oral history.

As the story of a rural family whose gentility is at risk, with multiple daughters of marriageable age, Pride and Prejudice serves as a cheat’s guide to the period. With her heightened concerns, Mary Pitt even seems like a real-life Mrs. Bennet.

Records of the Pitt’s arrival in Sydney include the marriage of Lucy Pitt to John Wood, third mate on the Canada. On January 11, 1802, barely three weeks after landing, the Pitt women (with Thomas as one of the witnesses) attended Lucy at St John’s church in Parramatta. An old family myth holds that the family stayed with Governor King and his wife Anna at Government House in the same township.

Austen outlines the timing of a genteel marriage – “allowing for the necessary preparation of settlements, new carriages, and wedding clothes,” Mrs Bennet “should undoubtedly see her daughter settled … in the course of three or four months”.

If Lucy and John courted during the social stopovers typical of migration voyages, Mary had months at sea after Rio de Janeiro for marriage preparations. The makings of muslin dresses for a midsummer wedding filled her luggage lists. Lucy already had a settlement in the form of a letter from Lord Nelson’s father to Governor King – the same secured land grants for every one of the Pitts.

The marriage was granted by special license, an expensive option allowing couples to choose the time and parish of their wedding. Mrs Bennet reveals they were also a status symbol when she encourages Lizzie into one upon betrothal to Mr D’Arcy.

It was in Governor King’s power to grant one, and perhaps the kudos the Pitts received from such a license was elaborated into a stay at Government House?

Before the dust settled on Lucy’s nuptials, Mary was granted one-hundred acres close to the Hawkesbury River. Watched-over by a garrison of redcoats, this small community was not unlike Austen’s fictitious rural Meryton, although at Pitt Farm marriage prospects remained secondary to the production of food until 1804.

By then, Susannah Pitt was thirty and nearly past marriageable age. When pressed by Lady de Bourgh about her age, Elizabeth Bennet pluckily refuses to reveal it. She was barely twenty. Like Lizzy, Susannah had younger sisters at her heels.

The Bennet sisters relied on their father to encourage good matches. In 1804, King wrote to Nelson describing the Pitts as the “object of my care”, which might have extended to fostering connections with eligible single men.

Corporal William Faithfull retired from the militia and started farming before King arrived in the colony. Permission for Susannah and William to wed was granted for November 21, 1804, in Parramatta.

James Wilshire arrived in 1800 and soon began the colony’s first tannery. His wedding on February 12, 1805, made the Sydney Gazette – “Married on Tuesday at Sydney, Mr James Wilshire to Miss Esther Pitt”.

This brings to mind the reporting of more Bennet nuptials – “…it was not put in as it ought to be,” Mrs Bennet complains, “it only said ‘Lately, George Wickham, Esq. to Miss Lydia Bennet,’ without their being a syllable said of her father’”.

Esther Pitt was in the same position, it seems, since her father Robert similarly gets no mention in print.

Flood, famine and civil unrest brought a swift end to the governorship of the Kings in 1806. Governor William Bligh was removed during the Rum Rebellion of 1808. Meanwhile, Jemima Pitt waited five years for a suitable match – these were not times for courtship or marriage. The already-wed got on with the business of producing children.

Cut forward two hundred years and the genetic inheritance of Mary Pitt is gathering for the first time at a family reunion. Most of the older generation speak of “time passing” as the motivating factor in attending. A younger descendent of Lucy Pitt says, only half-joking: “I finally know why I have an irrational fear of water – all those sea voyages”.

When asked about what he thinks of Mary’s courage, a descendent of Thomas Pitt shrugs and tells me with more enthusiasm about opening a family vault in a Richmond cemetery to inter the ashes of his grandmother, only to witness a coffin crumble in the rush of air.

There are group photos, a cake and speeches, and a moment of pure pathos as tribute is paid to Mary Pitt for having the grit to make the journey.

Did Mary achieve what she hoped?

‘Gentility’ was described by poet John Ciardi as “what is left over from rich ancestors after the money is gone”. Whatever Robert did to leave his family in the wonderfully genteel state of ‘reduced circumstances’ is the biggest family myth of all, and remains Mary’s best kept secret.

After the Governorship of Lachlan Macquarie began in 1810, Mary prepared her last unmarried daughter for the journey to Richmond where Jemima married Captain Austin Forrest on April 18th 1810.

But happy times did not last. Jemima and Austin lost their only child, followed soon by Austin’s death after being thrown from his horse on Christmas Eve 1811. Sometime in 1812, John Wood, Lucy’s husband, also died in unknown circumstances.

Within Mary Pitt’s luggage lists on board the Canada was a goodly amount of black crepe, for the purpose of making mourning blacks. It would have been put to good use in that year.

The speed with which Jemima found a new match probably had a lot to do with Mary. Lucy had the distraction of children, whereas a childless widow of marriageable age went against the very grain of gentility.

Barely a year after Forrest’s untimely death, Robert Jenkins was “courting a rich widow”, according to a letter he wrote on November 29, 1812, “young, rather handsome, very good-tempered, a great economist and therefore very desirable … this is at present a great secret”. On March 22, 1813, Robert married Jemima Pitt, so we might assume he was describing her in his letter.

By 1813, Mary was happy to release her only son Thomas for a match of his own. He’d spent a decade making a good name for himself as a farmer on his own land grant. At the age of thirty-two he offered his hand to seventeen-year-old Eliza Laycock, a perfectly genteel age difference.

By the time Mary died in 1815 at the age of sixty-seven, she left thirteen grandchildren in the colony which was soon to adopt the name Australia. Although without her, the family’s gentility faced further challenges.

Susannah Faithful died in 1820. A year later, William Faithfull and his sister-in-law Lucy Wood applied for a license to marry.

Marrying your deceased wife’s sister was permissible before 1835 unless someone objected, and someone probably did, judging by what appeared in the Sydney Gazette on September 26, 1821.

“William Faithfull of Richmond in this territory maketh oath that he is single and unmarried and under no contract or promise of marriage to anyone except to Mrs Lucy Wood of Richmond, widow …”.

Before the marriage on September 29, the Reverend cancelled proceedings. Perhaps William was bound by another match? Only two months later he married a Margaret Thompson. Things may never have gone so far on Mary’s watch – she would not have tolerated the impact on Lucy’s reputation.

Lucy never remarried and survived all her siblings long enough to regale the first Australian Pitt generations with her journey from Dorset.

The Pitt’s reunion may have unearthed more family myths than it solved, but it would be a shame to rely only on primary evidence and deny a rich oral history that might be surviving snippets of Lucy’s eyewitness account of that journey.

Pride and Prejudice suggests that fallen women be “secluded from the world, in some distant farm-house”. Jane Austen spared Mrs Bennet and her daughters the farmhouse, but they never saw the New World, whereas Mary Pitt’s journey from Austen’s England to Pitt Farm placed her alongside the mothers of a nation.

The Worst Country in the World by Patsy Trench explores Mary’s journey in greater detail. 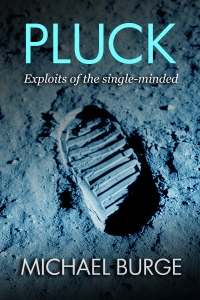