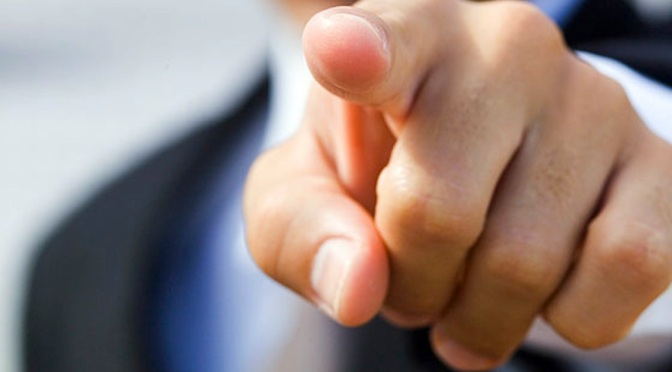 A Writer’s reply to a childhood persecutor.

THERE must be something in the planets, because this week I was contacted out of the blue on social media by two bullies from my past.

One of them – a family friend in her sixties – is an educated, well-spoken, active-in-the-community, serial bully. She contacted me to get at her daughter, who she’s created devastating conflict with, but all she got was a reminder of her unfinished business with me.

The other is a man I went to school with.

Unlike my family friend, he made an unreserved apology for bullying me at school, some 30 years ago.

“I am a white, middle class, heterosexual male, who, for no other reason than the lottery of my birth, has never had to deal with discrimination,” he wrote.

“All l can do is try to imagine what it would be like to deal with fools like me and their behaviour.

“Growing up, dealing with parents and high school, and puberty, and relationships, while also trying to find out where you fit in amongst it all of it was tough.

“Tough enough without also having to deal with the added layers of ridicule, judgment and misunderstanding.

Revealing stuff. He asked me for feedback, so here’s what I wrote in reply …

I am a little cynical about your letter. So often I engaged in conversations with boys in our class, only to find your invitation was really a cruel trap with a bullying sting at the end. Your approach to me now could well be a case of the ‘little boy who cried poof’.

Your particular behaviour was more a sneering from the sidelines of the main bullying action, although I remember one occasion when you openly shamed me about my sexual orientation in front of an entire classroom of people, and I retreated in shock.

That sort of thing definitely contributed to me staying closeted until I was 28, by which time one of my parents had died before I had the courage to come out to her. That’s an irreversible regret I carry.

There is no doubt you remember my mother – she was one of the most active parents at our school, and you benefitted from her contributions.

My family had survived death and divorce by that time, and the community I lived in, primarily made up of school families, led me to believe that my sexuality was only going to deliver more bad news.

What a fool I was to buy into all your fears.

During our high school years, homosexuality in NSW was decriminalised.

Even though your behaviour was wrong, it was sanctioned by the state and the establishment at a private Anglican school. You and your mates were only responding to society’s pressure to shame and ridicule same-sex attracted people, but it’s great to see you’re not still letting yourself off the hook.

Truth is, our school had as many homosexuals as there were homophobes – staff and students in all years, male and female. The gay staff members were particularly vulnerable to sacking without cause, and still are, so when you were throwing around your accusations, alarm bells would have been ringing deep down for many.

Hopefully you agree that to toy with that bell is a power no child should ever have.

“Bullying children should never have power over gay people.”

If I’d been a smaller person you might now be regretting physically abusing me, but because I grew to the size I am now at the age of 15, none of you ever had the guts to approach me with the kind of abuse many other gay boys endure from their classmates. Even an awkward blow from me would have landed unpredictably and heavily.

You didn’t always succeed in shaming me.  I clearly remember with great delight the day on which I turned the tables on you.

We were playing indoor cricket and I was selected to bowl with you at the crease. Your assumptions about a gay bowler saw you step forward expecting to knock the ball to the ceiling. Instead, it snuck straight under your triumphant pose and knocked the stumps over with a clatter.

The PE teacher gave me a validating look, while you had no choice but to walk to the sidelines, where your attitude belonged.

Team sport… it has its uses.

My other strong memory of you was the day you brought a cassette into English class – Cold Chisel’s “Khe Sanh” – and you asked the teacher if you could play it for us all. She agreed, sensing it was important to you, and you unabashedly sat at the front moving your head and drumming your hand on your desk.

What drew my attention was your affinity with the song and its message, and the shame-free way you claimed your right to self-expression.

I accept your apology because unconditionally offered amends are the very rarest, and you seem to ‘get’ that if I had played a song that moved me in front of our class, the outcome would have been very different.

My choice would have been Bronski Beat’s “Smalltown Boy”.

Have a listen to the lyrics one day and you’ll find some insights. The song laid out the options for growing men as starkly as Jimmy Barnes did for you.

In the 27 years since we left school I have tackled more discrimination than you can possibly imagine. Not the predictable gay bashing crimes, or the puerile name calling, but the far more subtle disenfranchisement that underpins the last frontier in same-sex equality.

I would like you to do one thing, if, as you wrote, you really seek to be part of the solution to homophobia.

Find out where your federal member sits on the issue of marriage equality through the Australian Marriage Equality website, and, regardless of what you find, write to them.

Congratulate them if they publicly support same-sex marriage – they’ll need courage from their constituents to enact change in the small window of opportunity we have to achieve this human right during the current parliament.

And if they don’t, please tell them why you now support the equality that will deliver the greatest message to school children about gay people.

That our love is equal to yours in every way.

And that bullying children should never have power over gay people.

If you do this, I’d love to see a copy of it on your Facebook wall. I’ll know when to have a look when you send me a friend request.

5 thoughts on “Apology from a school bully”