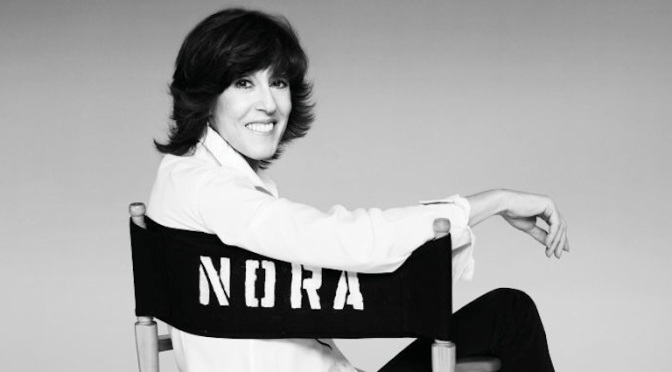 A writer’s review of The Most of Nora Ephron.

“Read this book as an affirmation of whatever education you’ve had as a wordsmith.”

DON’T let Nora Ephron into your head. If you’re a writer she’ll make you a better one, but she’ll never leave (and she’ll raid your pantry).

That’s an Ephronesque lead paragraph, a mix of her well-honed schtick and common sense. Whenever she could add food to her mix of politics, family, lifestyle and popular culture, it was, literally, the icing on Nora’s cake.

This collection of articles is essential reading for journalists. Positioned as she was between old-school newshound and 21st-century blogger, Ephron is the bridge to a use of language that is so well-entrenched now we hardly know why we use it anymore.

She’s the fairy godmother of blogging, one of the first who lived long enough to blog, unlike similar NYC denizens such as Helene Hanff.

Read this book as an affirmation of whatever education you’ve had as a wordsmith.

Most of my generation first encountered Ephron through her screenplays. Silkwood burst into my consciousness as a series of whispers about “the lesbian room-mate” (played by Cher) in a powerful story about injustice and corporate crime. The far lighter Heartburn, Ephron’s barely-veiled look at her own failed marriage, told the awful truth at the peak of the 1970s divorce wave.

By the time of When Harry Met Sally, Ephron’s place as a powerful observer of human relationships was secure, a master of using comedy to explore the dark places.

But The Most of Nora Ephron will catch you up on what she did in between these major successes.

Like all great writers, she couldn’t put her pen down. “Everything is copy,” is the writerly mission statement Nora’s mother drilled into her, and this collection, despite being fairly weighty, is replete with Ephron’s light touch when reporting from the frontline of her own life, and there were many battles.

Reading it is like a visit from Ephron herself. She’ll remind you of your mother because she already taught you how to speak, and write, and live. You’ll try putting it down, but it’ll still be there, and Nora will be ready for you.

Interestingly, there is nothing in this collection about Julie & Julia, Ephron’s last screen project (and her best, in my view). It’s clear that had Julie Powell not blogged about cooking her way through Julia Child, Ephron would have done it.

She was born to bring Powell and Child to the screen in the perfect blog-meets-biog-meets-foodie-heaven project which charted the creation of thousands of entertaining and life-enlarging words.

She’s in there anyway, so just let Nora into your head all over again.