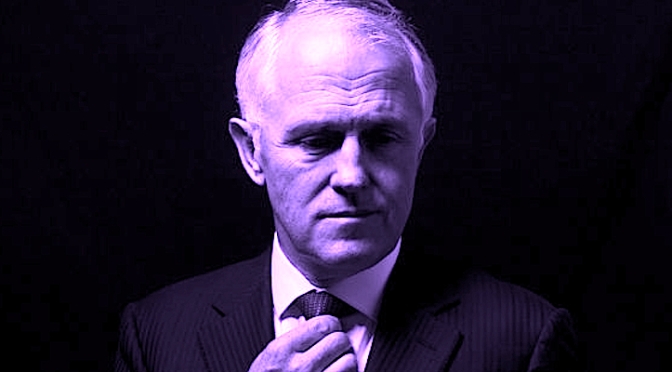 “The Coalition will just have to take care of itself, because the political wedge has finally hit its target.”

AFTER the Coalition’s narrow win, the plebiscite on Marriage Equality should be getting ready to kick off, yet the same election promise has been blamed for the major swing against Malcolm Turnbull.

And the paradox has all the hallmarks of failure. In one of his delayed post-victory interviews, Malcolm Turnbull conceded the plebiscite would have to be pushed ahead to 2017.

His reason: “My commitment to have it dealt with as soon as practicable is there, but we… have to obtain the support of the Senate,” Mr Turnbull told Leigh Sales on the ABC’s 7.30 program.

This rhetoric is in stark contrast to Mr Turnbull’s pre-election claim that a guaranteed ‘yes’ plebiscite result would “sail through the parliament” under his leadership.

At the dawn of a more diverse Senate than the one Turnbull tried to shift with his double-dissolution election, another narrative swiftly emerged this week that throws even more doubt on the PM’s grasp of the reins.

A Galaxy poll commission by PFLAG (Parents and Friends of Lesbians and Gays) conducted after the election indicates less than half of voters want a marriage equality plebiscite.

So the promise Mr Turnbull campaigned on – majority community support for asking the people by the end of 2016 – has fallen flat.

This is not a surprise. Equality campaigners not only saw it coming, we made it happen.

In my electorate – the division of Bowman in South East Queensland – a small team of us started door-knocking the neighbours of our federal MP Andrew Laming in March.

It proved to be a confronting process – knocking on doors asking for your human rights is not always fun – but we were already angry at how the mainstream media had given the Coalition’s Mr Laming a free kick in 2015.

When he appeared on Network Ten’s The Project Mr Laming claimed to be conducting a “scientific survey” of his constituents on Marriage Equality, and committed to vote in Canberra based on the results. Waleed Aly, Carrie Bickmore and the program’s producers let his claims go live to air completely un-analysed.

Mr Laming’s annual information-gathering session in his electorate gave voters one say per household on issues like live export and sand mining in addition to “gay marriage”, as though LGBTI want something special, like gay supermarkets, or gay sports fields. It came back – unsurprisingly – with 58 per cent against “gay marriage”.

So we sorely needed data of our own. Working with national lobby group Australian Marriage Equality, a unique petition was devised in which we offered a ‘yes’ or a ‘no’ option to anyone registered to vote in this electorate who had a firm view either way on altering the Marriage Act to allow same-sex couple equal access.

Instead of Mr Laming’s claim that Marriage Equality was a 50-50, “red-hot issue” across our community, what we found after months of cold-calling voters in their homes, at public transport hubs, shopping and at local markets, was more like the national trend in support for marriage equality: that is, overwhelming support.

Our petition proved to be an incredible experience. On several occasions we had people lining up to sign ‘yes’ to Marriage Equality, and locals engaged in many conversations about their LGBTI family members. If there was anything ‘red hot’ it was their anger that it was way past time for reform to be put in place by our elected representatives.

On social media threads we dealt with all the usual naysayers, accusing us of only petitioning at ‘gay discos’, but most people got the message – we were open to anyone with a firm view either way, and our percentage of ‘no’ signatures became strangely validating.

Fairfax Media picked up our data and put it to Mr Laming, who said he: “Couldn’t care less”, which ran as a headline for 24 hours until the MP’s office hosed it down and reclaimed his first response as off the record. He subsequently apologised to petitioners and professed to be in support of our work.

But when we delivered the petition results to Mr Laming at a meet-the-candidates event run by the local chamber of commerce, his rhetoric changed again.

For the first time, the federal Member for Bowman indicated he’d vote with the majority of this electorate’s result at a national Marriage Equality plebiscite.

Nowhere in Turnbull’s plebiscite enthusiasm had there ever been a hint that the national result could be impacted by a rogue electorate. There had been talk from Senators and MPs about ignoring the nation and voting against Marriage Equality despite the plebiscite outcome, but that was written off as simply the hard-right rabble. We’d sprung a backbencher toeing the same line.

On social media, other campaigners were reporting similar language at meet-the-candidates events across the country. The dots were connected and the Coalition’s new plan became clear: a marriage equality plebiscite would only pass a yes vote if it was carried by a majority of electorates.

Questions were put into the laps of journalists. A record number posed them, and Turnbull was forced to admit he had no control over how his MPs would vote on the issue.

The Coalition countered with its last-minute claim that there was majority support nationally for the plebiscite, but the media smelled a rat and hammered Turnbull and other MPs throughout the last week of the campaign.

If the PM was not being upfront about the plebiscite, what else was on the nose?

So the timetable has altered and now there’s evidence that voters don’t like the idea, yet Turnbull is sticking to his plebiscite plan.

But the election produced another result. The majority of federal MPs who support changing the Marriage Act to allow equal access to same-sex couples increased to a record majority.

If a parliamentary free vote was held now, it would easily pass.

One of the best headlines of the election campaign described Malcolm Turnbull’s plebiscite deal with the National Party as a ‘Faustian pact’. Now the dust has settled, the Coalition’s betrothal on Marriage Equality will soon start to look more like the kind of stranglehold common in domestic violence.

If Turnbull approaches the Senate with the plebiscite, it’ll likely never pass. If he tries to seek refuge in a parliamentary free vote, he’s likely to be rolled by the man who foisted the plebiscite nonsense on the Coalition with his last captain’s pick: Tony Abbott.

The Coalition’s response is to lead people to think it’s a case of plebiscite or nothing, but despite some commentators suggesting campaigners just submit to the public vote for the Coalition’s sake – in case it breaks apart – we are capable of multi-tasking around any of the Coalition’s plans for our equality.

We’ve had plenty of practice. The Coalition will just have to take care of itself, because the political wedge hit its target regardless of the election result. Other parties and lobby groups have started driving it in.

For Malcolm Turnbull, there’s simply no more hiding from the albatross he voluntarily tied to his own neck; yet he expects to resolve the marital problems the Coalition has always had around LGBTI relationship equality with $160-million dollar pretty lies about ‘asking the people’.

Blaming campaigners is like pointing at your spouse’s best friend over your own divorce. Marriage Equality activists are match fit and we’ve built an ongoing connection with Australian voters by having the important conversations. Trigger a fairly posed, timely, compulsory, binding, public vote and we’ll be there.

Michael Burge’s book Questionable Deeds: Making a stand for equal love traces marriage equality in Australia through one man’s battle to maintain his rights in the wake of his same-sex partner’s death. It’s available to buy in paperback and eBook.

This article also appears on NoFibs.