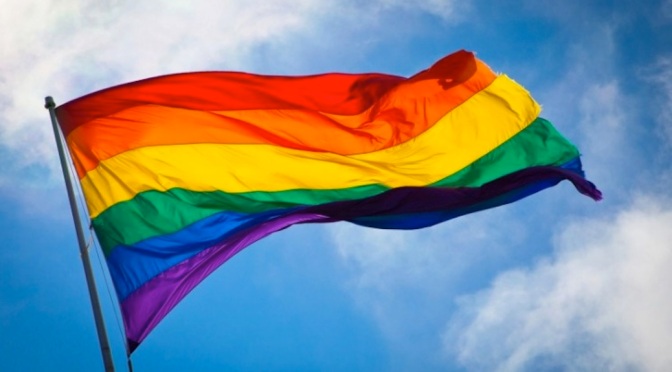 A Writer ramps-up the politics.

TO increase writing output I can thoroughly recommend writers move to an island.

With the mainland and its issues left far behind, and only the sound of birds in the nearby wetlands, my writer’s voice has blossomed since arriving on Coochiemudlo, in Queensland’s Moreton Bay.

A healthy dose of political writing has formed a key part of my work, and, thanks to the number of websites seeking original content, it’s been great to have work published to hungry audiences.

Top-of-mind for this writer is always LGBTQI equality – an issue which is not going away.

It’s easy to forget how far we’ve come – there was a time when even Senator Penny Wong was not a marriage equality advocate, and Tanya Plibersek MP wrote against it while backing her leader, Kevin Rudd, in opposition. Time for a little reminder in where we were just over twelve months ago.

This opinion piece originally appeared in LGBTicons in February 2013.

“The aftermath of his death revealed the rotten core of Australia’s attitude to same-sex equality.”

Michael Burge’s fight for equality Down Under.

I CAME to terms with the fact that I am gay whilst living in a converted barn on the edge of a frozen field in the grip of a Suffolk winter in early 1998. Loneliness, and the creeping realisation that I was wasting my swiftly disappearing youth were the motivating factors, plus the knowledge that I’d tried playing it straight for far too long.

In desperation, while on a day trip to Cambridge – city of so much stifled sexuality – I purchased a book called How to be a Happy Homosexual.

Yes, the shop assistant gave me ‘that’ look, as she turned it over, clocked the title, and promptly buried it in a paper bag for me.

In an early chapter, author Terry Sanderson suggests an exercise which struck me as weird, but I rolled my eyes, went to the bathroom mirror, and told myself that I am gay.

The self-acceptance I received in that moment changed my life forever.

Within months I left England for home. I felt sure that Australia would provide me with all the answers I needed to make this desperately important transition.

It took me another 18 months to break the closet door open. In preparation, I parachuted from an airplane to help a friend celebrate her 50th birthday, thinking that if I could manage that, coming out would be a cinch.

Then I took another leap and came out to everyone.

A year later I manifested a relationship with Jono, a beautiful, generous, funny man with similar showbiz aspirations. We shared our lives for four irreplaceable years before he died suddenly one night at the age of 44.

As the reality of his motionless body sank in, lying in the emergency department, I realised I was in for years of grief. I ran my hand across his forehead and told Jono he was worth every tear. I had no inkling at that stage how magnified my grief would be by other forces.

Jono and I never discussed the legalities of our relationship. We were married in every sense of the word, but we were blissfully ignorant of how precarious our legal status was. The aftermath of his death revealed the rotten core of Australia’s attitude to same-sex equality.

I could write at great length about the number of ways my human rights (and his) were trampled on by Jono’s family, some of his friends, and various government agencies and businesses in their service.

Thankfully, the state laws of New South Wales had enshrined same-sex de-facto relationships into law the year Jono and I met. Given time, I was able to reverse the criminally fraudulent acts perpetrated to ensure my name was not on Jono’s death certificate, and that I had no access to it.

But the battle to achieve ownership of this crucial piece of paper, which eventually allowed me to reclaim our joint financial affairs, turned me into an overnight marriage equality advocate, simply because marriage would have saved me from the deepest disenfranchisement I ever wish to experience.

So I began talking about same-sex marriage to anyone who would listen, warning gay friends in de-facto relationships in particular about the risks they faced if something went wrong – death, separation or incapacitation.

Surprisingly, I was met with off-handedness from couples who blindly trusted their families would respect their relationships, and those who couldn’t see that same-sex co-habitation is still very much a political act in Australia.

Thankfully, the marriage equality movement swiftly took a foothold in the gay community.

Right in the middle of my grief, two Australian same-sex couples who were married in Canada noticed the Australian federal Marriage Act did not explicitly state marriage had to be between people of the opposite gender, so they applied to marry under Australian law to ensure their overseas nuptials were legally recognised on home soil.

Federal Attorney-General Phillip Ruddock went into a panic about this obvious oversight, and worked his hardest to add six words – “between a man and a woman” – to the legislation. Conservative Prime Minister John Howard saw the addition of gender into Australia’s Marriage Act as a much-needed law reform, and the law was swiftly amended under his personal leadership in 2004.

When Kevin Rudd led the Labor party to victory in 2007, sweeping away 11 years of conservative government, he did so on the promise of removing legislation that financially discriminated against same-sex de-facto couples.

These were welcome reforms, but despite having a majority in the Senate, Rudd stopped short of any kind of leadership around marriage equality. Most commentators put his reticence down to religious convictions.

So it was a great relief when Julia Gillard became Prime Minister in 2010. As a self-declared atheist, she brought the possibility that faith-based lobby groups would be firmly reminded that we live in a secular nation. As a woman living in a de-facto relationship, she seemed equipped to understand why the full spectrum of coupling choices should be available to all citizens.

In 2012, months after the Australian Labor Party adopted gay marriage as a policy platform, Julia Gillard ensured her senators a conscience vote on a bill designed to consider that over 60 per cent of all respondents in the Australian community now supported same-sex marriage.

Well no, actually, because Gillard’s leadership on the issue was limited to crossing the floor (followed by most of her frontbench) to express her atheist conscience by sitting with the conservative Opposition and voting against allowing same-sex couples in Australia our equal human rights.

Opposition Leader Tony Abbott forced his colleagues to tow the line in a bloc of ‘no’ votes, flying in the face of the Liberal Party’s claim to have invented the repercussion-free conscience vote.

The Australian gay community witnessed this with jaws dropped. We had hoped our leaders would see things in a more 21st century light.

Thanks to all this political dissembling, same-sex marriage in Australia was defeated by an enormous margin, and remains dead in the water.

The news about the progress of marriage equality in the United Kingdom is heartening, but we are paddling in denial about how far back Gillard and Abbott have put the issue in this country. Neither leader has the conviction of Barack Obama, or David Cameron’s understanding of equality.

If only I’d looked at my country’s record for dragging its feet on gay law reform before I left the United Kingdom!

Australia lagged 30 years behind Britain on completely decriminalising homosexuality – which started in 1967 in Britain, but arrived as late as 1997 in Tasmania.

We do not yet have the right to create civil unions, which were legalised in Britain in 2005. The best we have are relationship registers, a process which feels rather like registering your dog with the local council.

Despite feeling like I’d lost my ability to love someone else, I was lucky enough to find love again, and by 2008 my partner Richard and I decided we’d like to formalise our relationship. The closest place we could be ‘civilly-unioned’ (it sounds weird, but let’s call it what it is), is New Zealand.

Our civil union certificate has legal status in very few places in Australia, but certainly not where we currently live and own a house together.

Despite our wills, powers of attorney and guardianship, we still have no single piece of binding evidence if the validity of our relationship were to be challenged.

So how long will we remain in this parlous state?

Julia Gillard refuses to give a cogent explanation as to why she believes marriage should only be between a man and a woman. She remains the greatest anti-gay-marriage leader this country has ever seen.

But there is a link between this refusal and her inability to form a secure, united cabinet since the first day she held office. Within the ALP ranks a progressive core keeps dragging the deeply divided party towards an understanding of equality.

So Australians for marriage equality are left with a choice between two staunch same-sex marriage opponents at our next election.

I used to think equality was a tenet of the Australian way of life, but to my surprise the word does not even appear in our constitution. Our politicians are under no obligation to stand up for something which isn’t mentioned in our supreme legal document.

But thanks to lobby groups, same-sex marriage has become our politician’s first real struggle with equality since the removal of the White Australia Policy in the 1970s, and the granting of Aboriginal and Torres Strait Islander land rights under the Mabo ruling in the 1990s.

While it chooses to use terms like ‘a fair go’ and ‘closing the gap’, our Parliament avoids the truth – that equality can never be a partial state. Equality either exists or it doesn’t, there is no grey area.

The removal of six words – “between a man and a woman” from the federal Marriage Act will cost this secular nation nothing.

But it will finally end my journey home from that lonely Suffolk barn, and make me a very Happy Homosexual indeed.